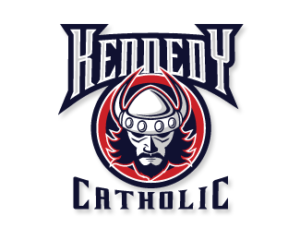 *Clayton Proctor (Jr; QB/CB): A dynamic athlete that was utilized mostly on defense as a sophomore, he has the God-given talent to erase the learning curve and become an instant star as a “run first” signal caller; One of the top DBs in “A” last season, he compiled 41 tackles while leading the team with two interceptions; also had 3 successful PDs.

*Ayden Sanchez (Sr; TE/OLB): Highly-touted during each of the past three seasons, the 12th grader is another student-athlete who is expected to enjoy a plethora of playing time on both sides of the ball after focusing on “D” the previous season; Credited with 12 tackles, half a sack, and one pass break-up as a junior.

*Gary Kellogg (So; WR/OLB): Perhaps the most impressive freshman in the NYCHSFL last season, Kellogg wasted no time asserting himself as a star on the defensive side of the ball; Posted 76 stops (21 TFL), 6 sacks, 3 pass break-ups, and a pair of rumble recoveries; Will be assuming more of a role on offense in 2019.

*Bobby Piesco (So; RB/S): Another individual coming off of a mind-blowing season as a 9th grader, Piesco make 37 stops (6 TFL), earned one sack and interception apiece, and tacked on 3 PDs to round out his resume; The graduations of Myles Proctor and Seth Surrett (1,800 yards, 20 TDs rushing combined) means that he becomes “the man” in the backfield this season for the Gaels.

*Aidan Bernal (Sr; OL/DL): A definitive preseason contender for Lineman of the Year honors if he plays up to his potential, the two-way force is one of three returning starters on an OL that paved the way for a 2,694 yard, 26 TD season on “O”; there was no letdown on defense either, as he recorded 56 stops, including 20 for a loss of yardage, as well as bagged the opposing QB six times.

*Ikenna Ononaji (Jr; DE): Incumbent starter on the DL who had a solid sophomore season in 2018, making 29 stops (5 TFL) and posting one sack.

*Chris LoRusso (Sr; LB): The other half [along with Sanchez] of the OLB tandem, LoRusso has been an invaluable cog during KC’s NYC lacrosse dynasty; a born winner, he will hope to replicate his lax success on the gridiron.

*Nate Kraemer (So; OT/DL): Returning starter on the offensive line; may not start on “D”, but will increase the depth of the defensive line following a freshman season that saw him record 14 tackles.

*Thomas Nunziato (Jr; OT/DL): Identical to Kraemer, Nunziato brings universal toughness to two sides of the line of scrimmage; is slotted to start at the other OT position in 2019; another experienced student-athlete that enhances the depth of the DL; 6 of his 12 tackles as a sophomore resulted in a loss of yards for the foe.

*Will Brann (Fr.)—The other half of the fab frosh ILB partnership

*Anthony Castaldi (Fr.)—Not listed as a starter, but has the admiration of his coaches and fits in as a complementary weapon at either WR or LB, if not both.

*Malang Susso (Jr)—Transfer from John Jay/East Fishkill who sat out last season, but could emerge as a #2 option at tailback.

*Matthew Santos (Jr)—Transfer from Iona Prep who is under the radar (not identified as a starter), but factors into the equation as an adept wide-out.

A program that seems to always be moving forward under the direction of Coach Tassone, with the exception of a heartbreaking upset loss in the “A” finals to Cardinal Spellman (who they had defeated twice during prior), the 2018 season as a whole was magical.  Posting an immaculate record in league-play where they defeated all opponents by at least two touchdowns, the Somers based squad emerged with what was by far the school’s finest showing since rejoining the NYCHSFL in 2013…However, because the season concluded in such shocking disappointment, it goes without saying that the KC staff and student-athlete will enter 2019 with a sense of unfinished business permeating throughout their bodies and souls.

Senior-laden at the offensive skill positions last year, the Gaels will have the unenviable burden of trying to replace the top-2 rushers in the league (4th Team All-State, Myles Proctor—978 yards/9 TDS, and Seth Surrett-822 yards/11 scores), as well as receiving triple-crown winner, Eric Volpi (18 catches for 351 yards, 3 TDs)….On the bright side, with three incumbents—Nate Kraemer (280 pounds), Thomas Duffy, and Aidan Bernal—all a year older and more ruthless in the trenches, there is every reason to believe that there will be holes aplenty for the entirely new starting backfield to exploit…Clayton Proctor, who saw action as a sophomore at WR (2 catches for 17 yards), was hand-picked to assume field general responsibilities and should prove himself to be a dynamic play-maker due to his supreme athleticism and natural instincts…Bobby Piesco, who took advantage of the few touches he got (26 yards on 3 carries) as a freshman in 2018, Is said to have taken his talents to the next level and will exceed all expectations as the primary RB…11th grader, James Brown, and senior, Scott Dalrymple turned in a great camp and will present excellent targets to Proctor should a need to go aerial arises.  Sophomore, Gary Kellogg, who we will talk about in more detail below, should also be in the conversation at WR following a rookie platform that saw him tear it up on “D”…Like Kellogg, senior, Ayden Sanchez, has been asked to embrace an Ironman role, sliding in at TE…Transfers, Malang Susso (RB; John Jay-EF) and Matthew Santos (WR; Iona Prep) have already endeared themselves in their new home and could be invaluable pieces to a title-winning puzzle.

Remarkably, as glowing as the reviews have been on offense, what Is scary about a team like Kennedy Catholic is that many of the studs referenced above are actually more polished on the defensive side of the ball and will again threaten to post ‘goose-eggs’ every time they step foot on the field…Despite still being an underclassman, Kellogg (76 tackles, 11 TFL, 6 sacks, 3 PDs) will need to be that all-everything LB that the Gaels rallied around during the tenure of 2x Defensive Player of the Year, Cole Esposito (114 tackles, 49 TFL, 7 sacks, 2 pass break-ups as a senior in 2018)…Sanchez (12 tackles last year after making 30 as a sophomore) and fellow 12th grader, Chris LoRusso, are the veterans of the LBs and can be counted on to do an admirable job acting as mentors to Will Brann and Dan Duryea, who will start as freshmen at ILB…Bernal (56 stops, 20 TFL, 6 sacks) Ikenna Ononaji (29 tackles, 5 TFL, 1 sack), Kraemer (14 tackles), and Thomas Nunziato (12 stops, 1 sack) are all experienced DLs and should be the strength (literally and figuratively) of the defense…Proctor (41 tackles, team-best 2 INTs, 3 PDs) and Piesco (37 stops, 6 TFL, 1 interception, 3 pass break-ups) are established air traffic controllers, while Dalrymple and fab frosh, Nick Duryea, are hungry to make their mark in the secondary. 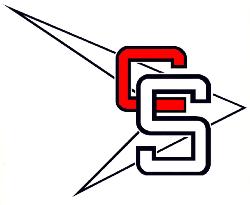 *Ethan Ortiz (Sr; FB/LB):  The glue on both sides of the ball, Ortiz came on incredibly strong on offense in the 2018 postseason, racking up 95 of his 192 yards for the season in the semifinals and finals; Led all NYCHFL players (all three divisions) in tackles last season, collective 139 stops (4th most in NYS); added a sack and a forced fumble to his resume.

*Dylan Williams-Molitor (Sr; RB/MLB): Another capable ball carrier, he gained 49 yards on seven hand-offs as a junior; like all of the men above him, as a senior, he could be asked to assume a larger role within the offense; is already a known commodity on “D”, making 56 tackles, earning 1 sack, and posting a team-best 3 interceptions a year ago.

*Anthony Badagliacca (Sr; OT/DL): 280+-pound two-way line-up that will win most match-ups based on pure size; started for an OL that enabled Spellman to accumulate 2,406 yards of total offense and score 16 touchdowns (12 on the ground); Should play a more substantial role as a DT this year after a junior year that witnessed him record six total stops.

*Ethan Butler (Sr; OL/DL):  The other returning starter at OT; Like Badagliacca, Butler’s playing time on defense could increase in his swan song; recorded 2 tackles as a junior.

*Kevon Mullings (Sr; WR/CB): The only returning player on the Spellman roster with multiple catches in 2018 (4 grabs for 45 yards); also rushed for 32 yards on just five carries; served as a bit of a 2pt special, converting four of them as an 11th grader; Also saw action on defense, making 10 tackles last season. 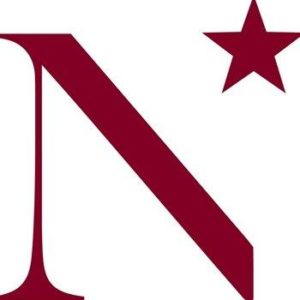 *Justin McDuffie (Sr; RB/FS): Led Nazareth in all major rushing categories as an 11th grader (256 yards and five touchdowns on 60 carries); also made two catches for 34 yards; True ironman who made his presence felt just as much on “D”; finished 3rd on the team in total stops (41), while adding 3 QB hurries, 2 pass break-ups, 1 interception, and two fumble recoveries.

*Matthew Moore (Sr; RB/LB): Was the program’s leading rusher as a sophomore in 2017 and just nearly as good a season ago, rushing for 105 yards (3rd on the team) on 32 hand-offs; Defensively, he was credited with six tackles and one interception.

*Jalen White (Sr; WR/DB): The definitive #1 target in the passing game, White finished 2nd in total receptions with 5 and led all Nazareth receivers with 107 yards; Like he did as a junior, he will be a mainstay on both sides of the ball, manning the corner on defense; Last season, he made 23 stops, earned a pair of sacks, had 2 QB hurries, and broke up 1 pass attempt in his direction.

*Sean Colclough, Jr (Jr; OL/DL): Named a captain as an 11th grader, the 5’10, 270-pounder will anchor both sides of the line of scrimmage…As a sophomore, he made 10 stops and recovered a fumble while occupying the defensive tackle position.

*Christian Mazier (Jr; DE/MLB): Not listed on the team’s Maxprep roster, the hope is that the omission was just an oversight; As a 10th grader, he recorded 23 tackles and finished third on the team with three sacks